If you missed my first post about my personal photography project I will be doing this year, here is a little about it.
The name of it is Light Through the Spectrum-and it is a look into the life of children with autism in their own environments and highlighting their passions and things they love most.  I chose that name because on the light spectrum not all light is visible light (like ultra violet or infrared light). I believe that there is so much we are not able to see in these kids world and I would love to try to even get a glimpse into their world! I also want to show how much they have in common with kids their age and hopefully bring awareness to that so their peers are able to connect with them over these commonalities.  So here goes!

When I walked into Jacob and Ben’s house, Jacob was really excited to see me.  His mom had told him that I was there to have him tell me and show me all of the things he loves. 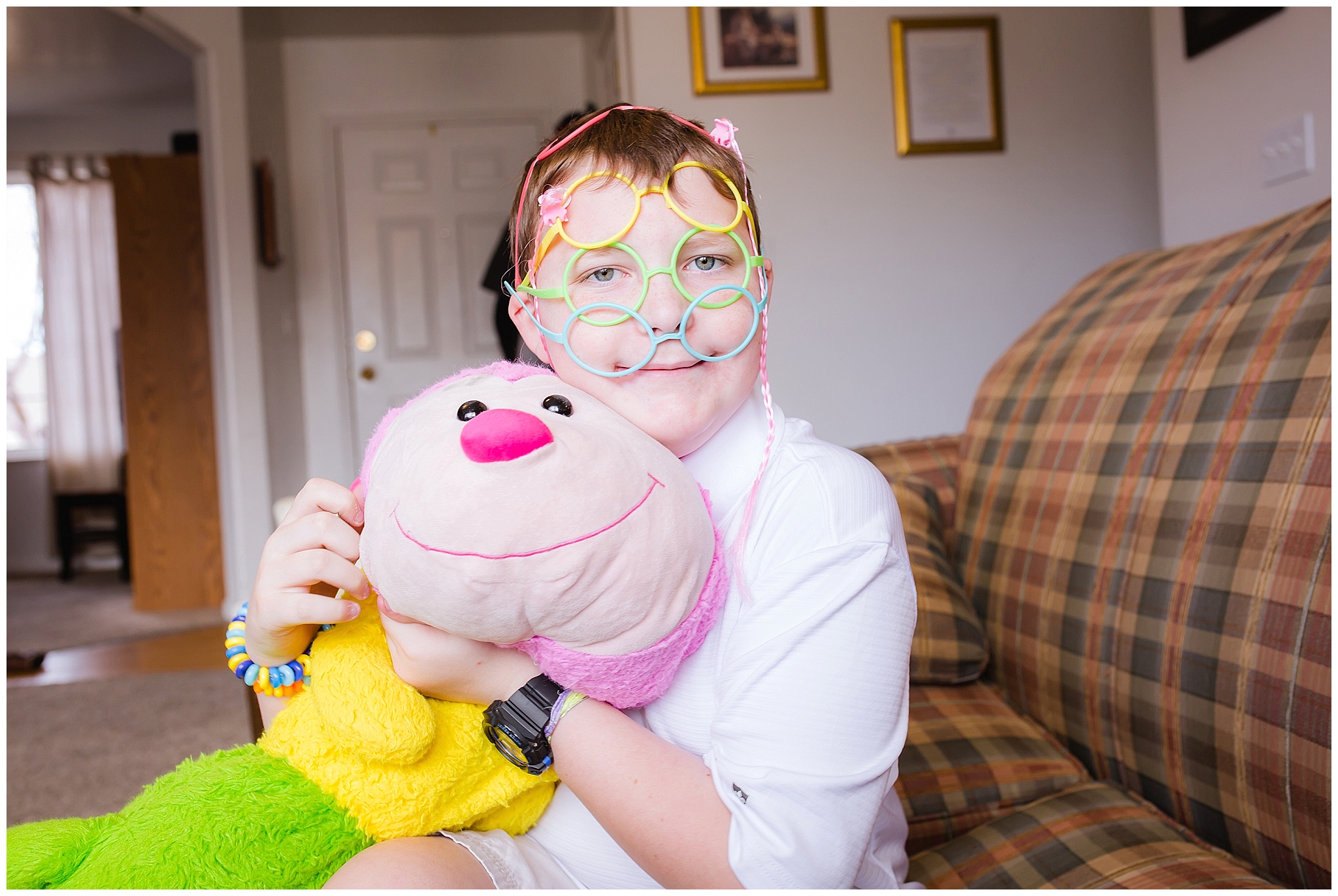 He was super excited and we started with his many, many stuffed animals.  He told me all of their names, their special powers, showed me which ones belonged in families and their personalities.  Each had a back story and all of their names were super creative and cute. 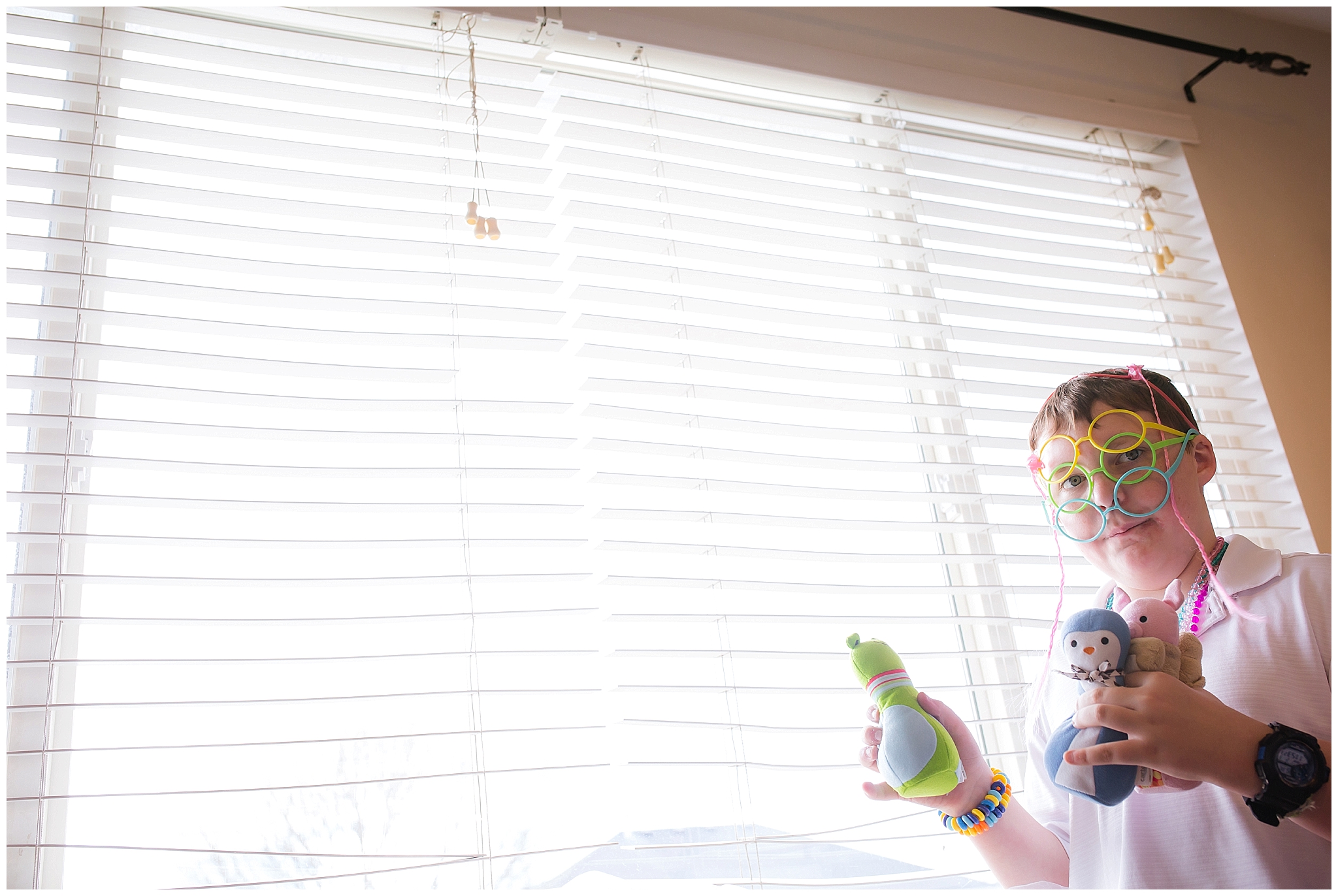 Jacob loves stuffed pigs, bunnies (those ones had families), plants, pumpkins, space, sound waves, playing in water and with his brothers. 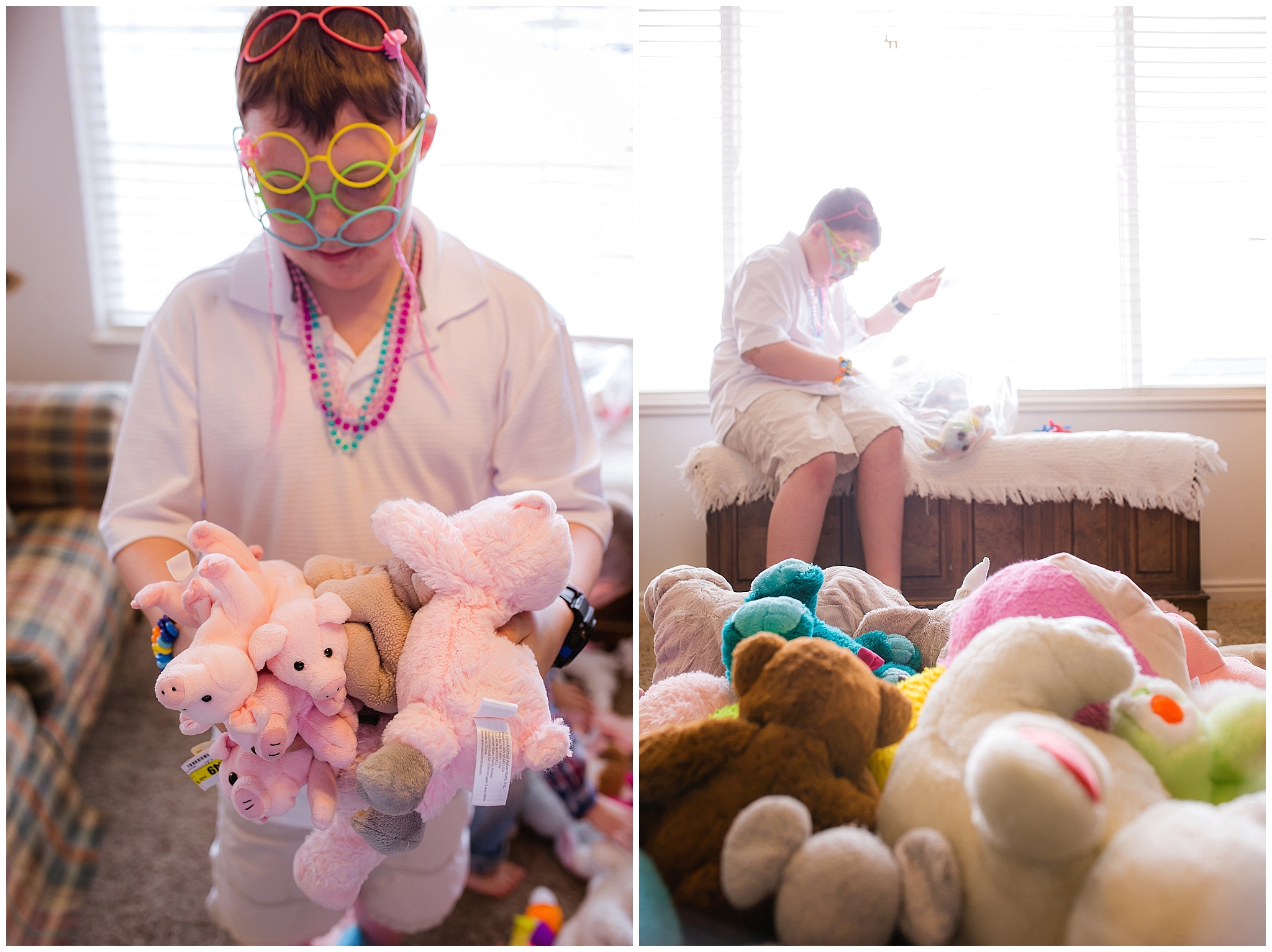 He showed me his gummy bears he had frozen so they could be his friends longer.  Then he showed me his “Chauffers” and how it was quiet and soft and didn’t make any noise. 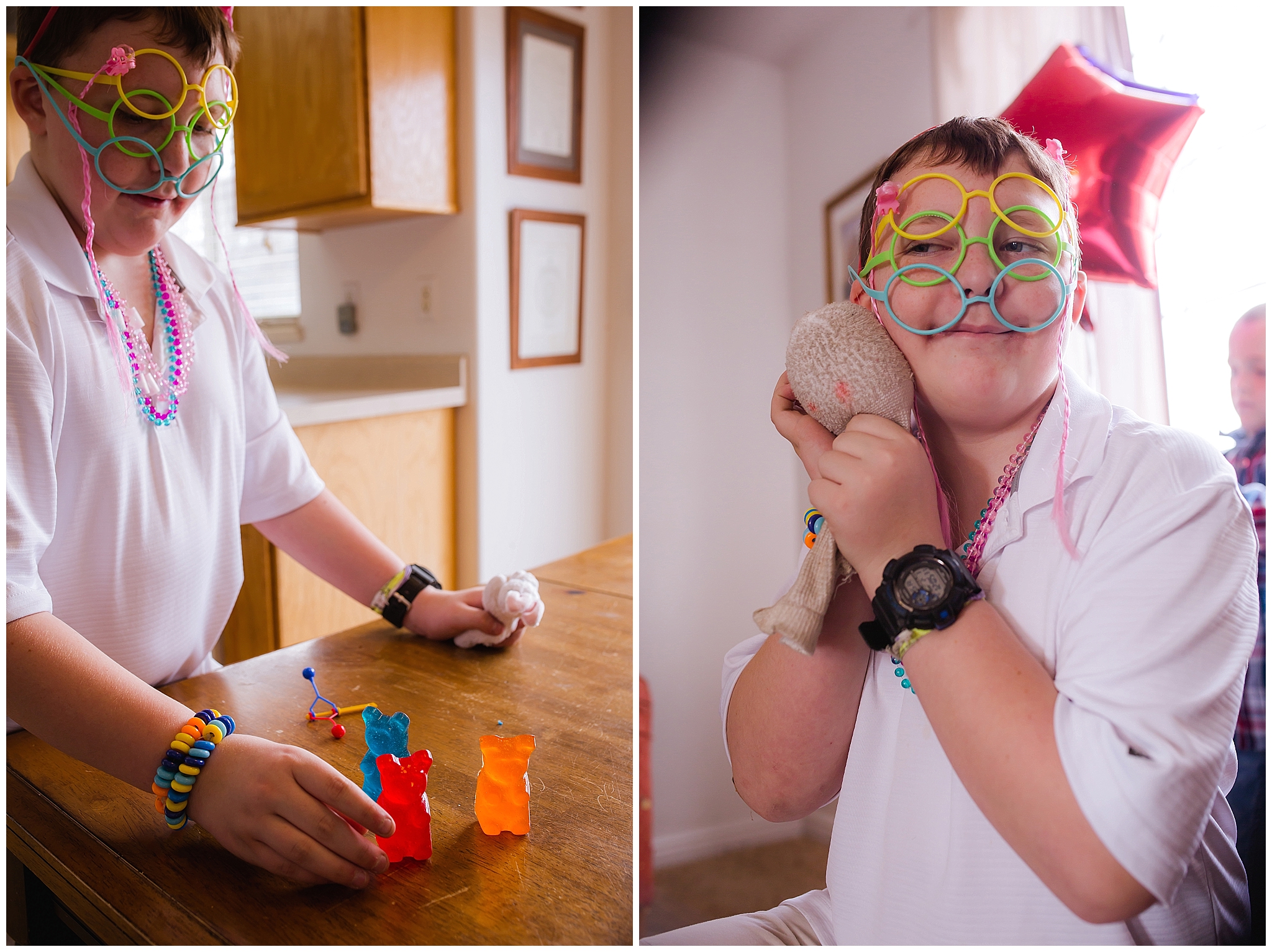 Meet “Fat Piggy”.  He can fly, has a high pitch voice and has superpowers.  I liked Fat Piggy a lot. 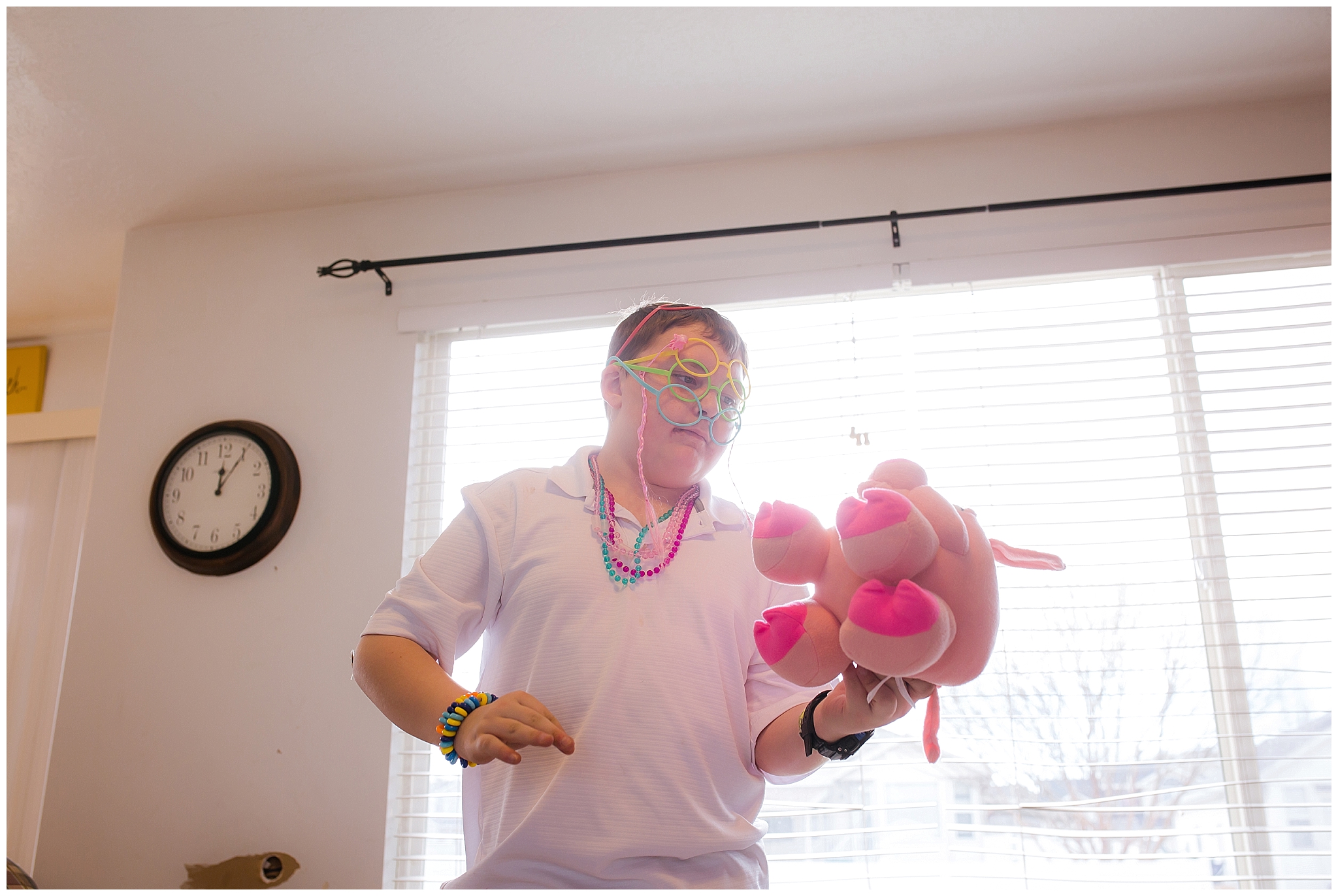 He then took me to his room to show me his secret hiding spots for all of his things.  One was in a box on his bed and this one was my favorite.  His “The Not so Secret Box.”  I love him. 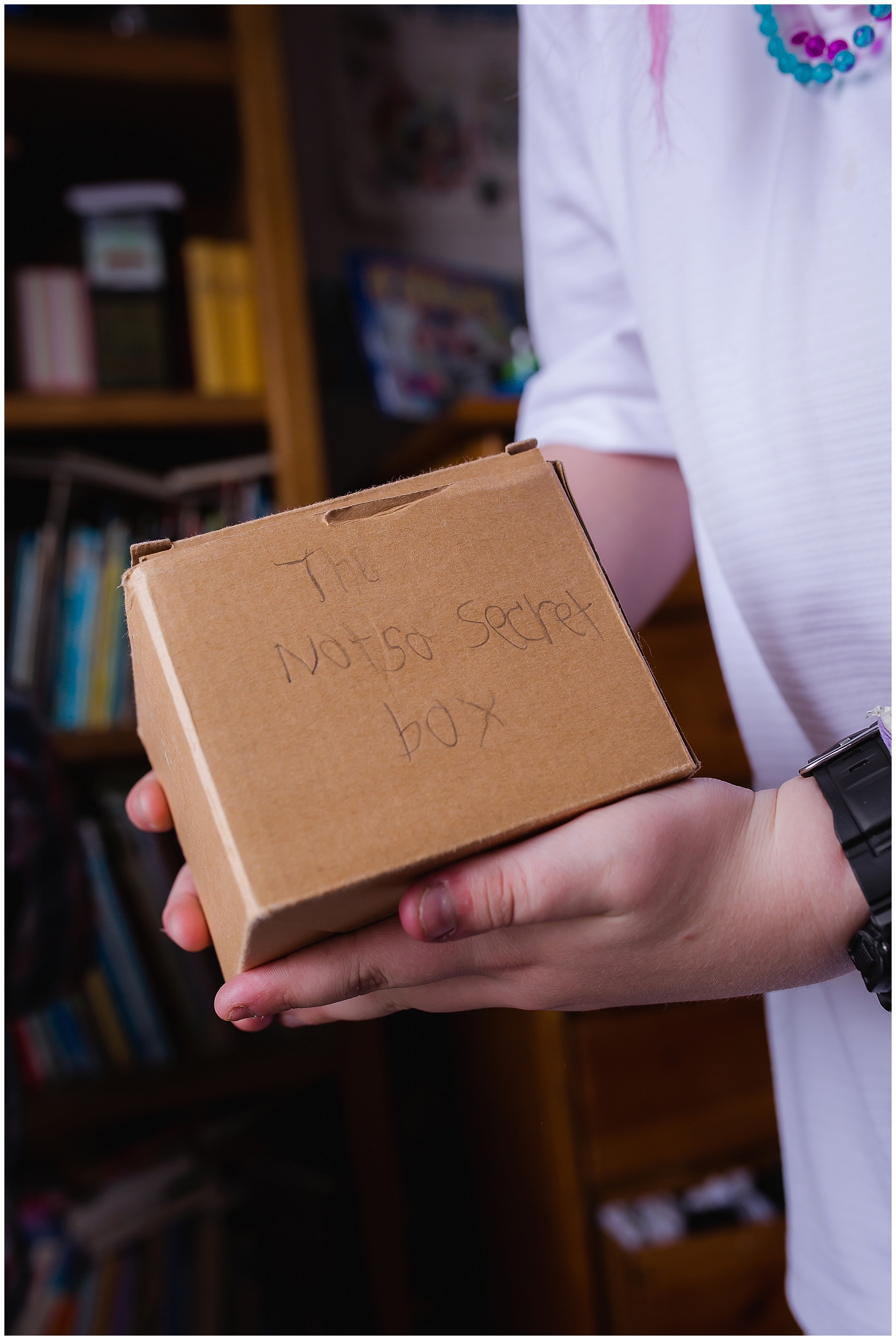 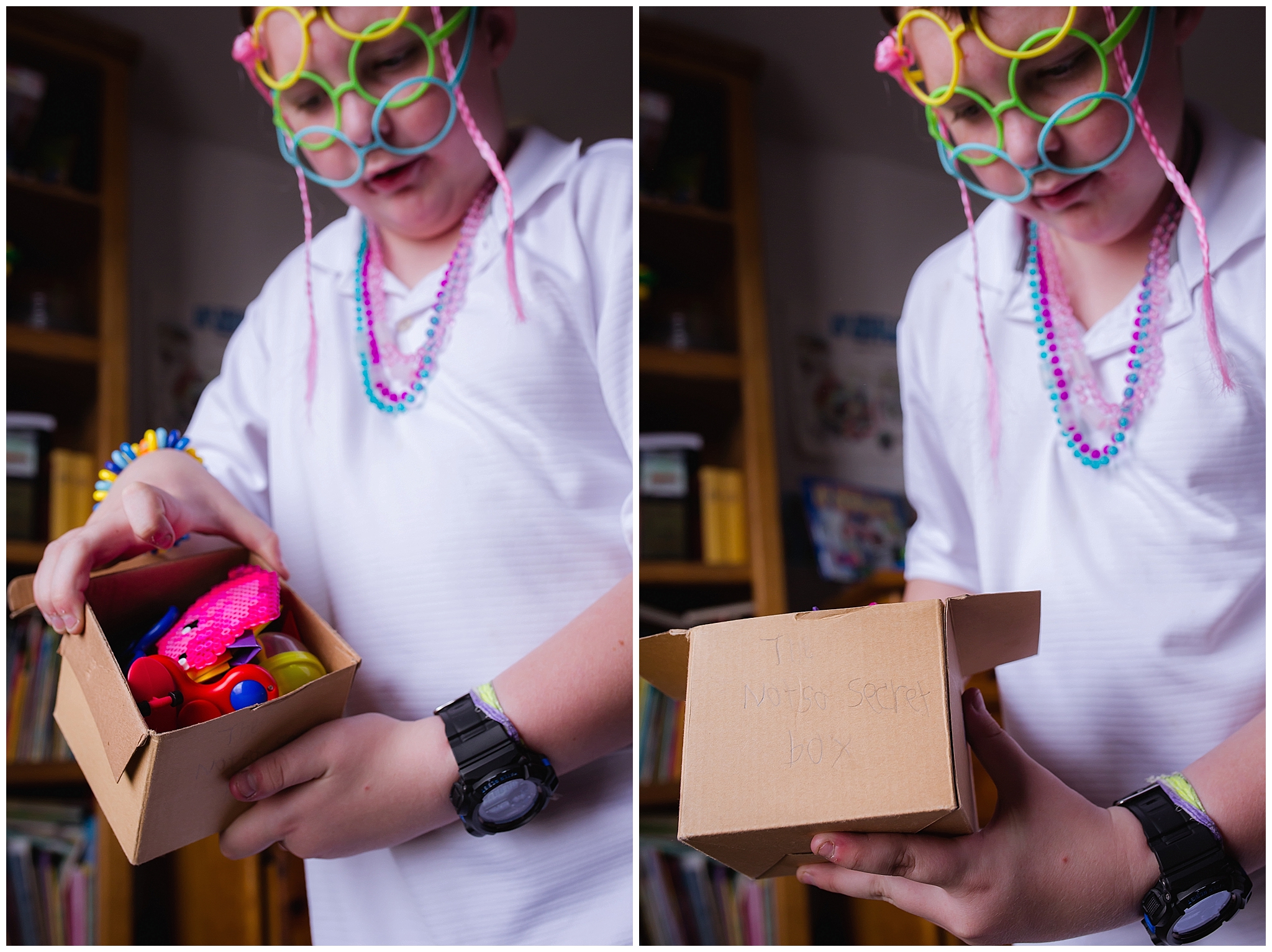 Jacob loves to talk-which is totally like me if you know me.  I love someone who can carry on a good conversation too and he is for sure that kid!  He has so many passions and interests and it was so fun learning about them all.  He loves light and really loved that I was talking about ultra violet light and infrared because those are his favorites! 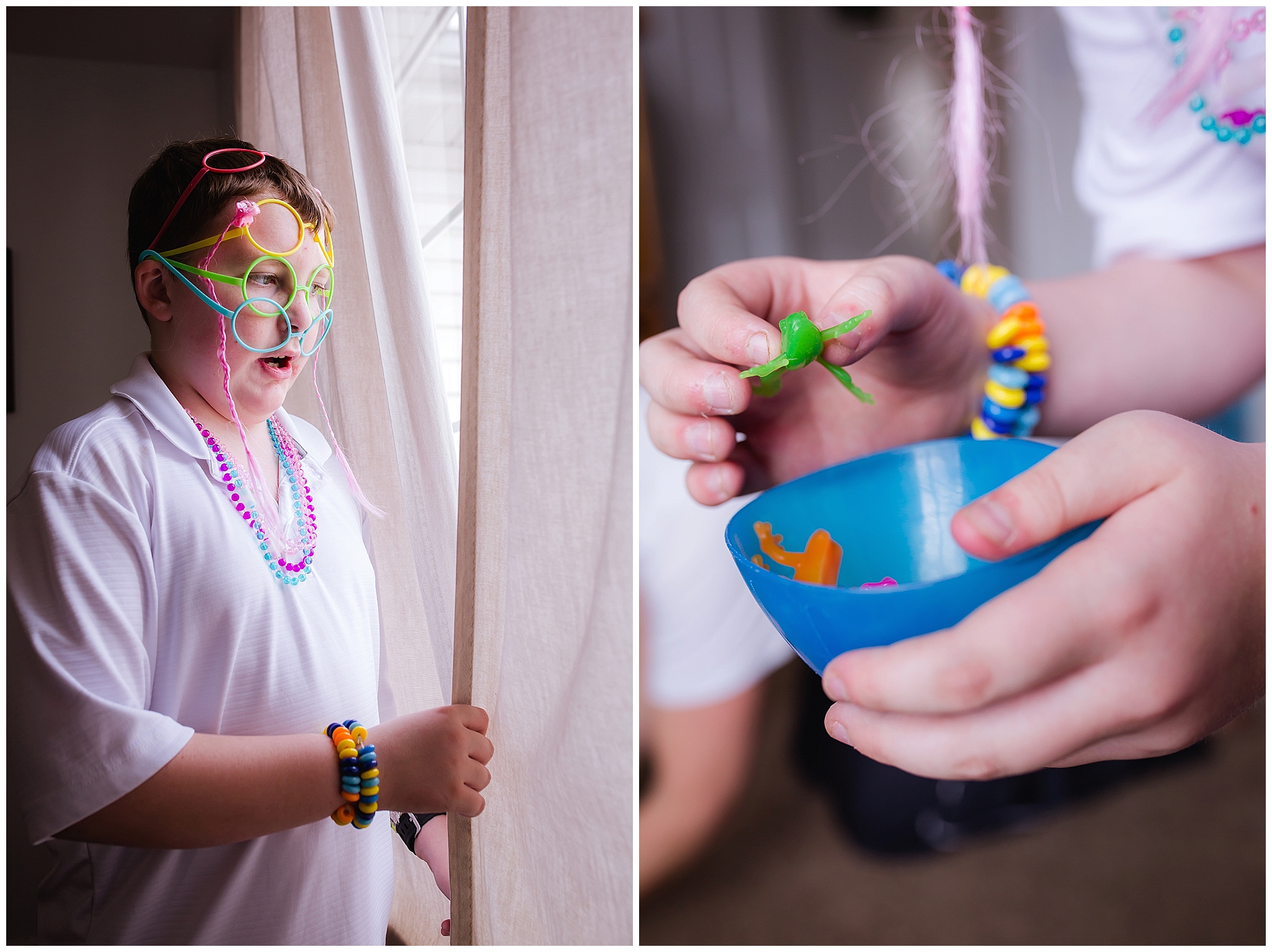 Words to live by for sure! 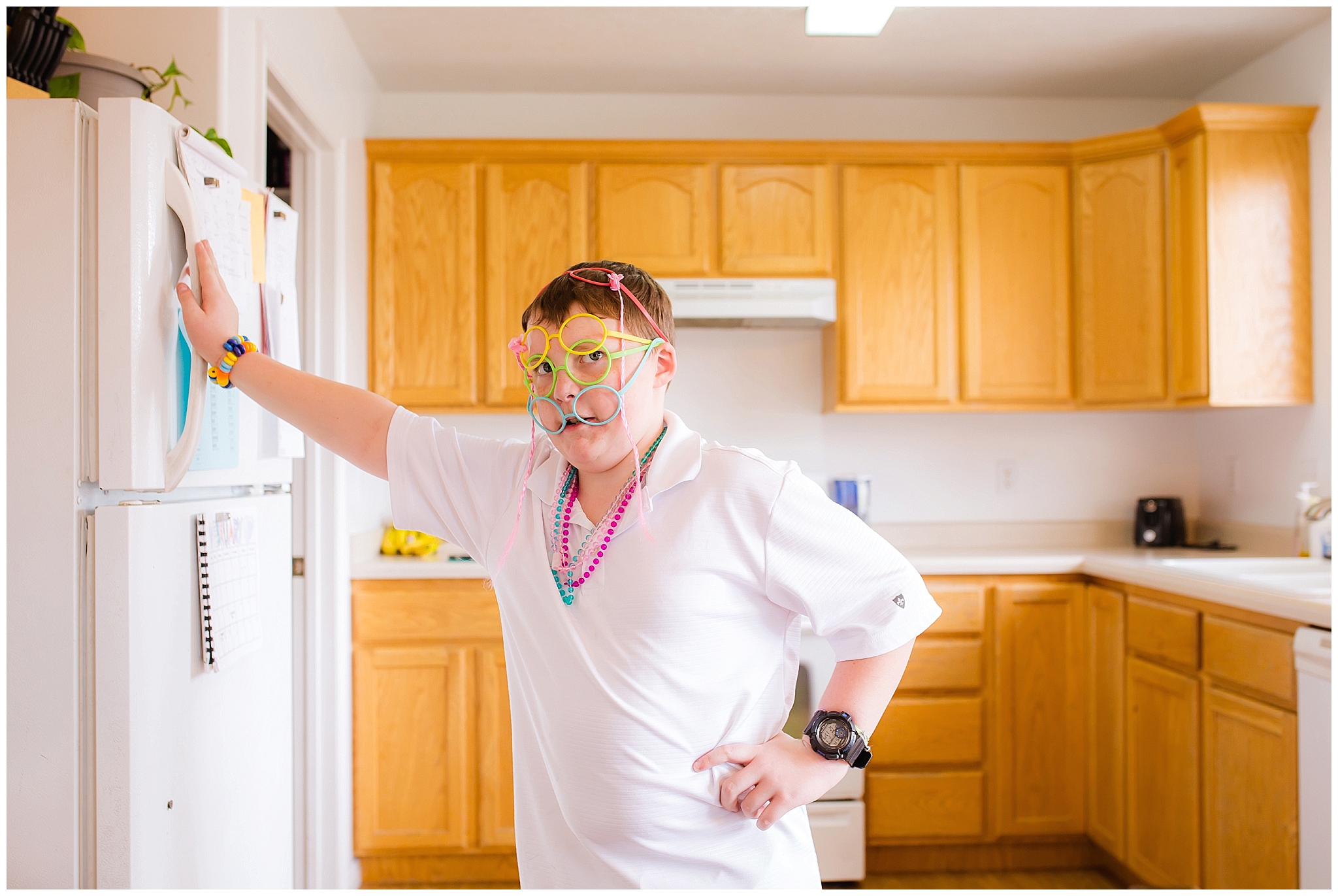 He also told me that “you should be yourself because it’s the best person to be.”  Yep pretty much the best advice you could really get!  Love it! 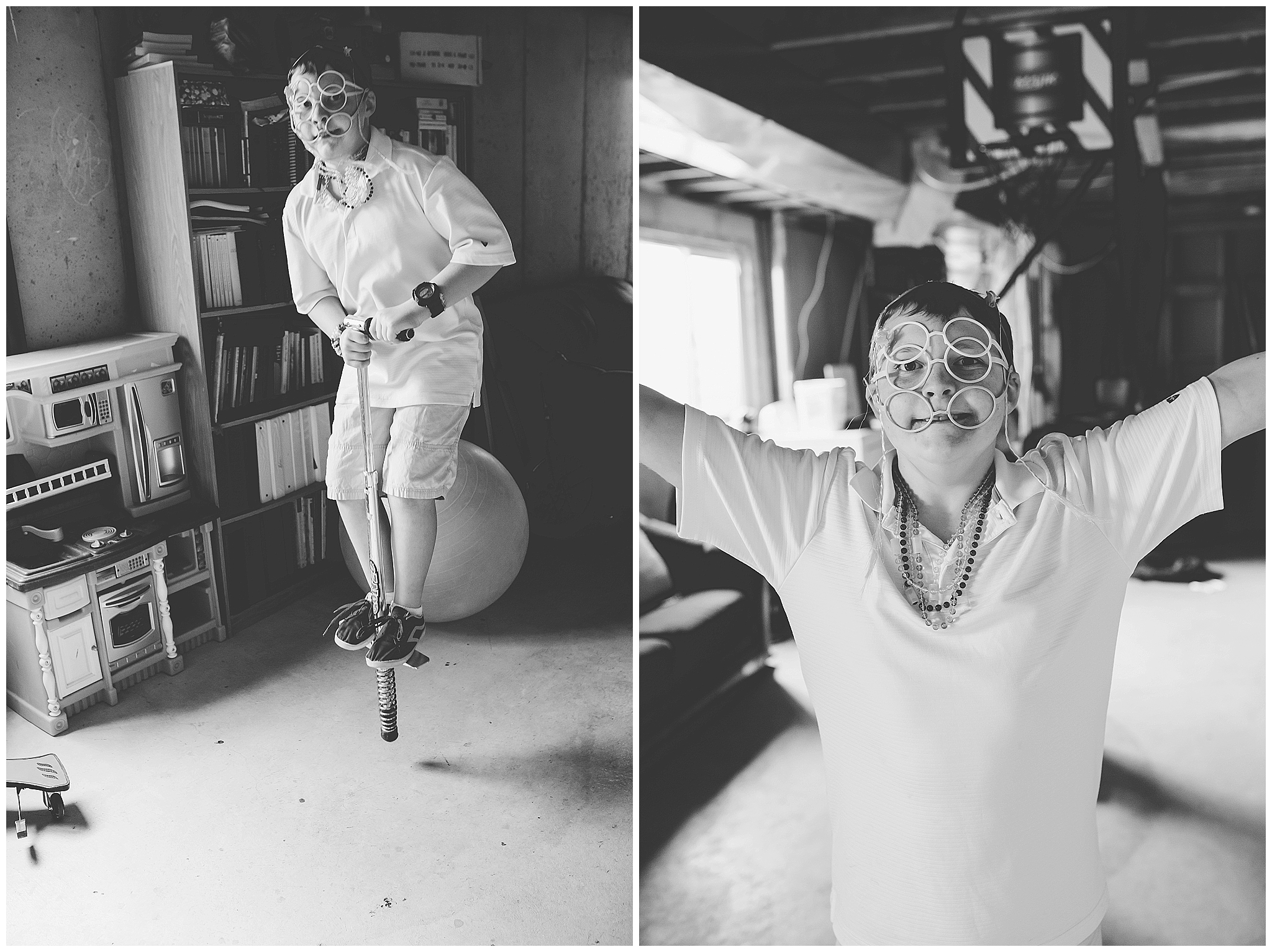 He took me downstairs and was showing me all of his impressive skills on his pogo stick, ripsticks and roller blades. 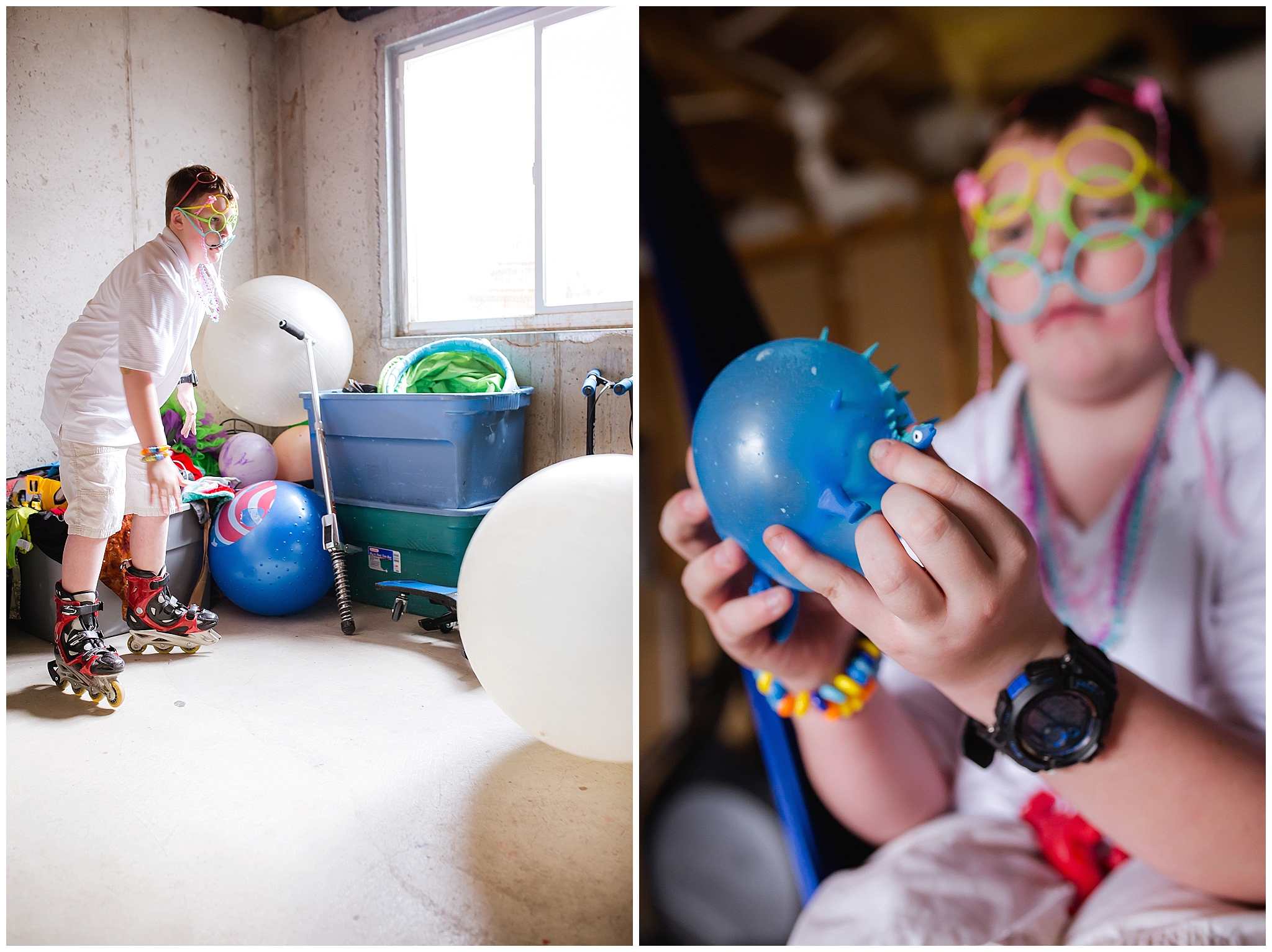 He also has a pretty awesome swing that is more like a stretchy hammock and I kind of need one of these at my house now. 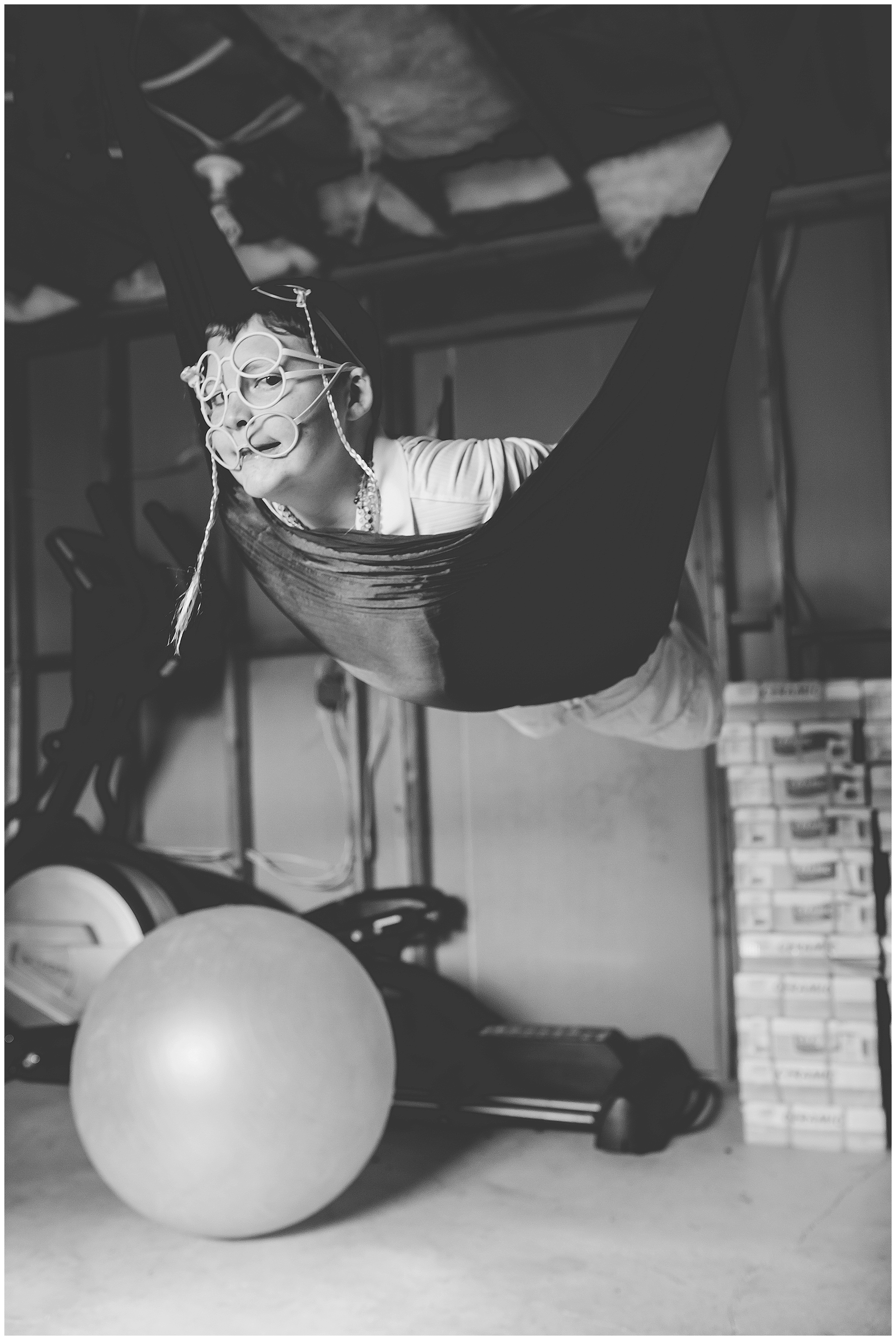 He would swing then look over at me and pose for me like this.  He is pretty awesome and I think he knows it! 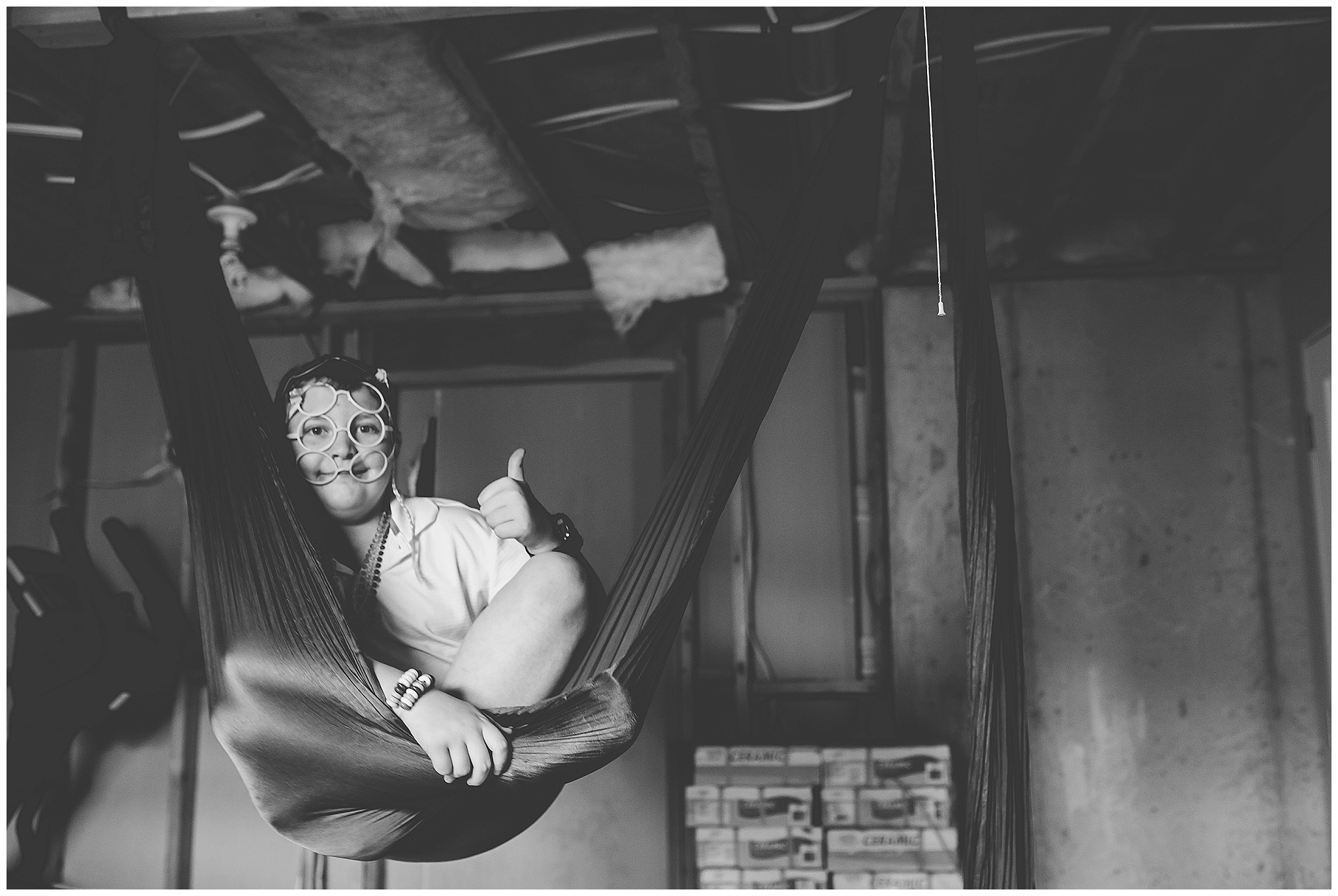 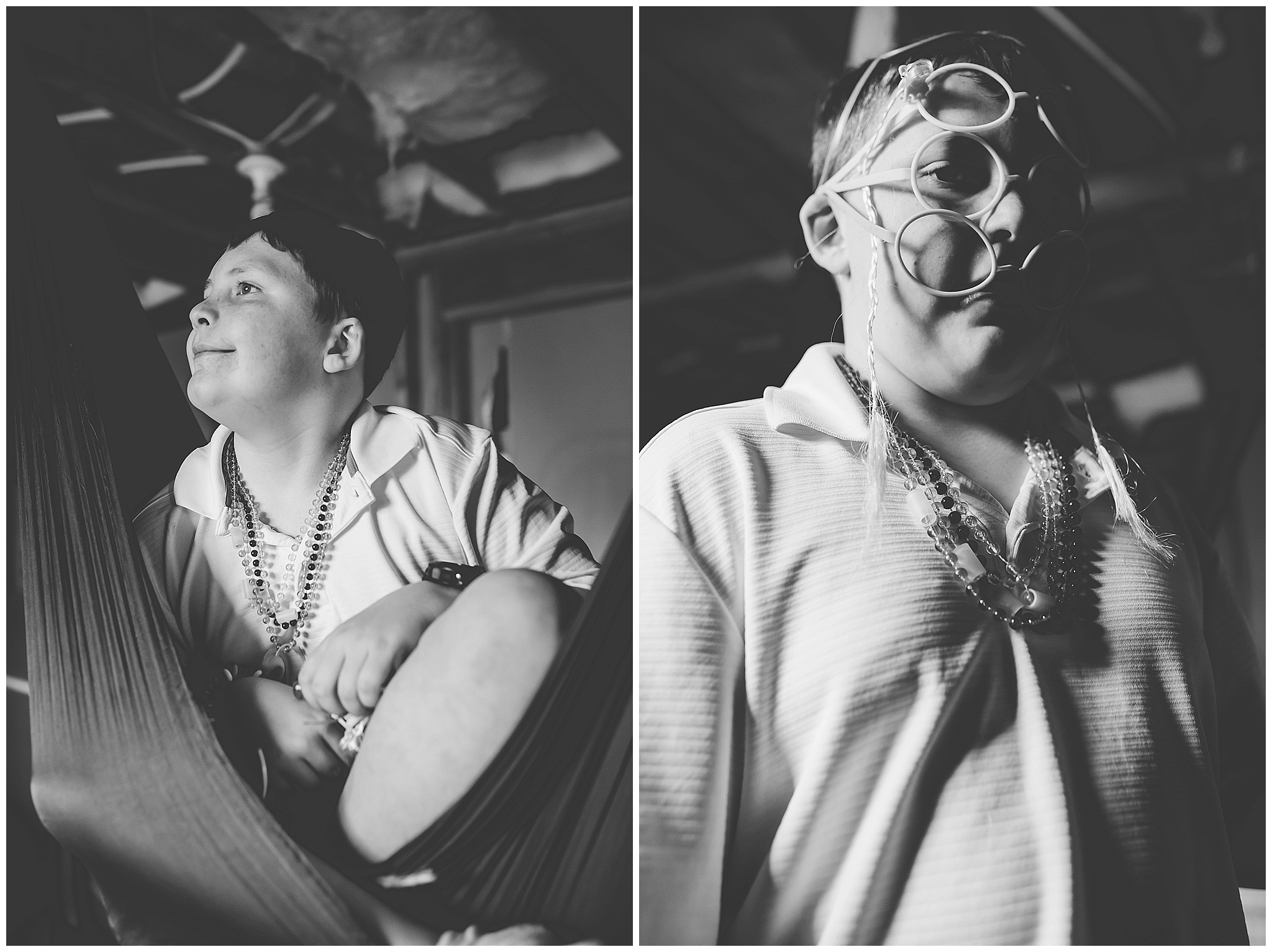 I asked him what his favorite thing to do with his mommy was and he said “cuddle with her” – so I had him show me where his favorite place was to cuddle her and he gave his mama some good cuddles!  Such a sweet boy and he totally made his mama’s day! 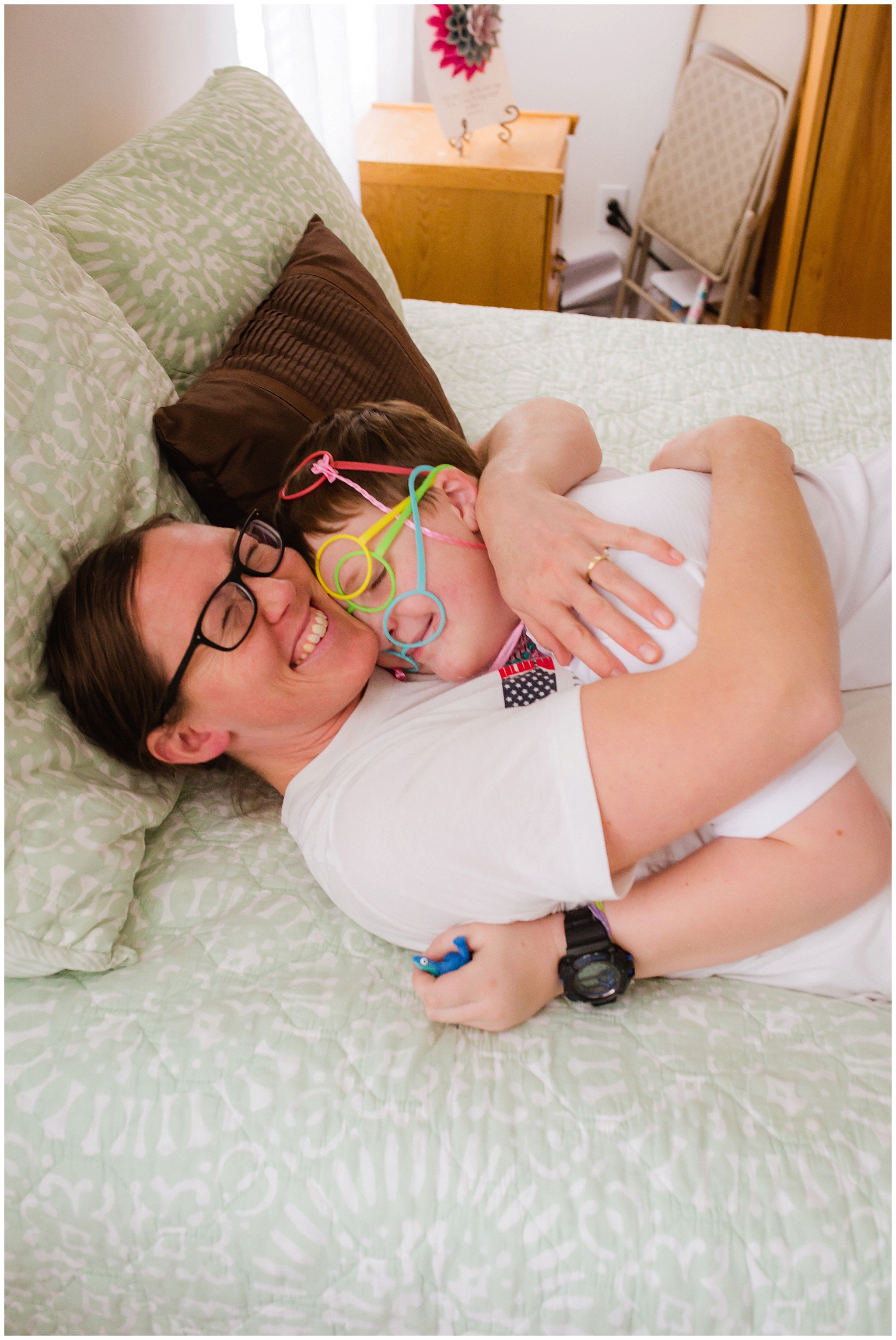 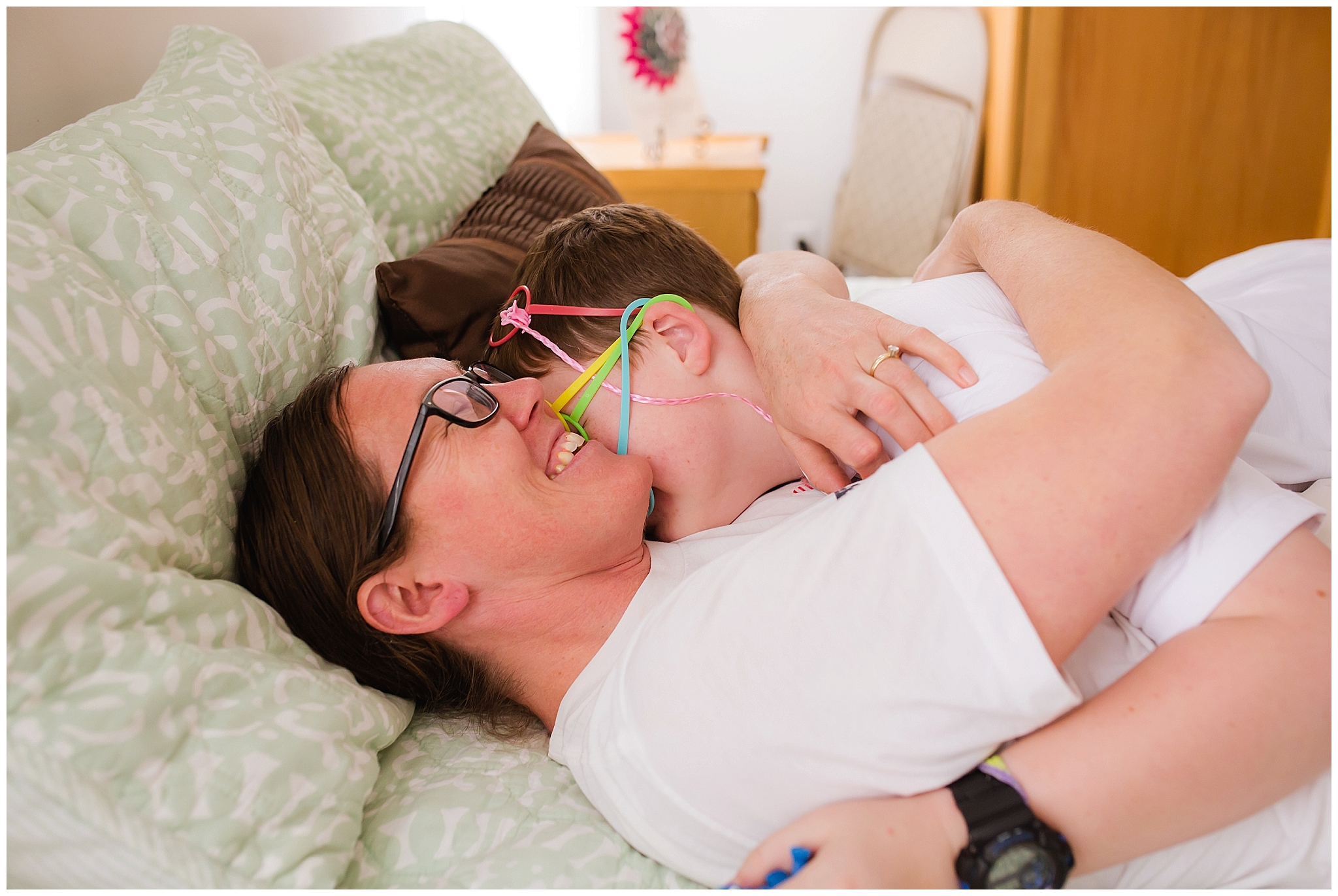 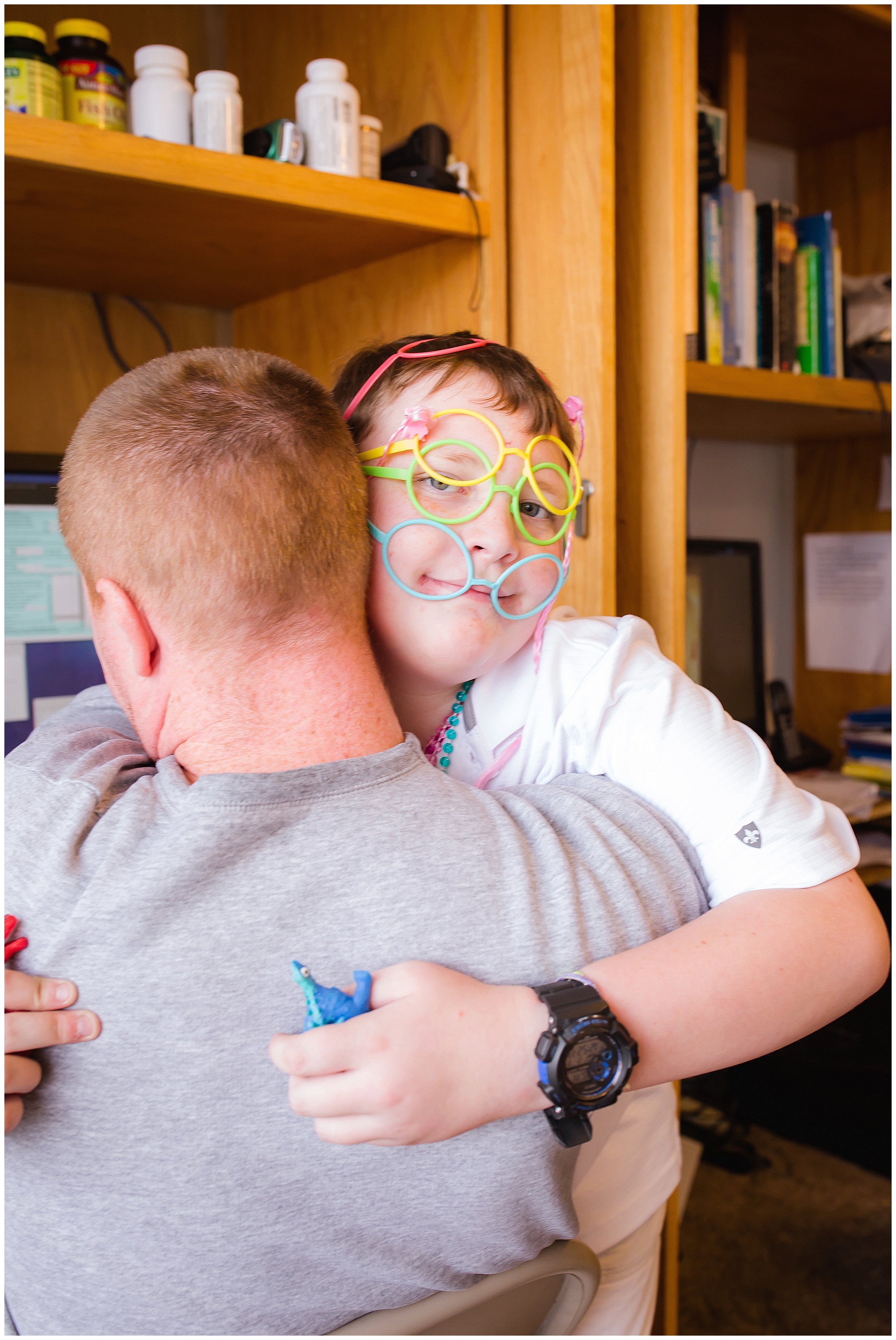 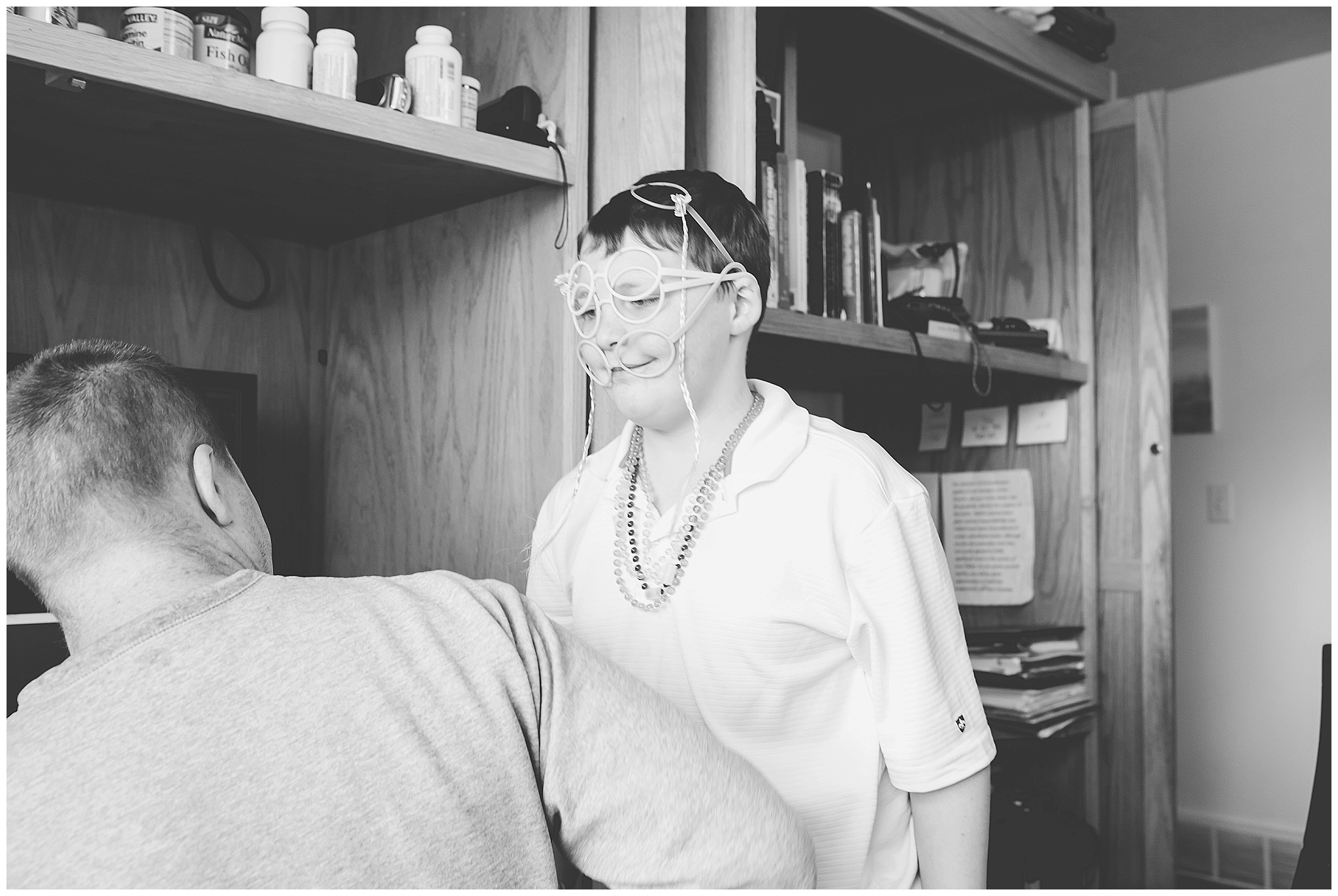 One of my favorite things he told me was that he came up with a faster way to say goodnight to lots of people in one word.  It’s “Ifsaped”.
IF= Imaginary Friends
SA=Stuffed Animals
P=Pets
E=Eternity
D=Dad
He just says that one word, Ifsaped, and everyone knows he said goodnight!  I asked him why mom wasn’t in it and he said “well because I say “Goodnight mom” to her when she tucks me in.” 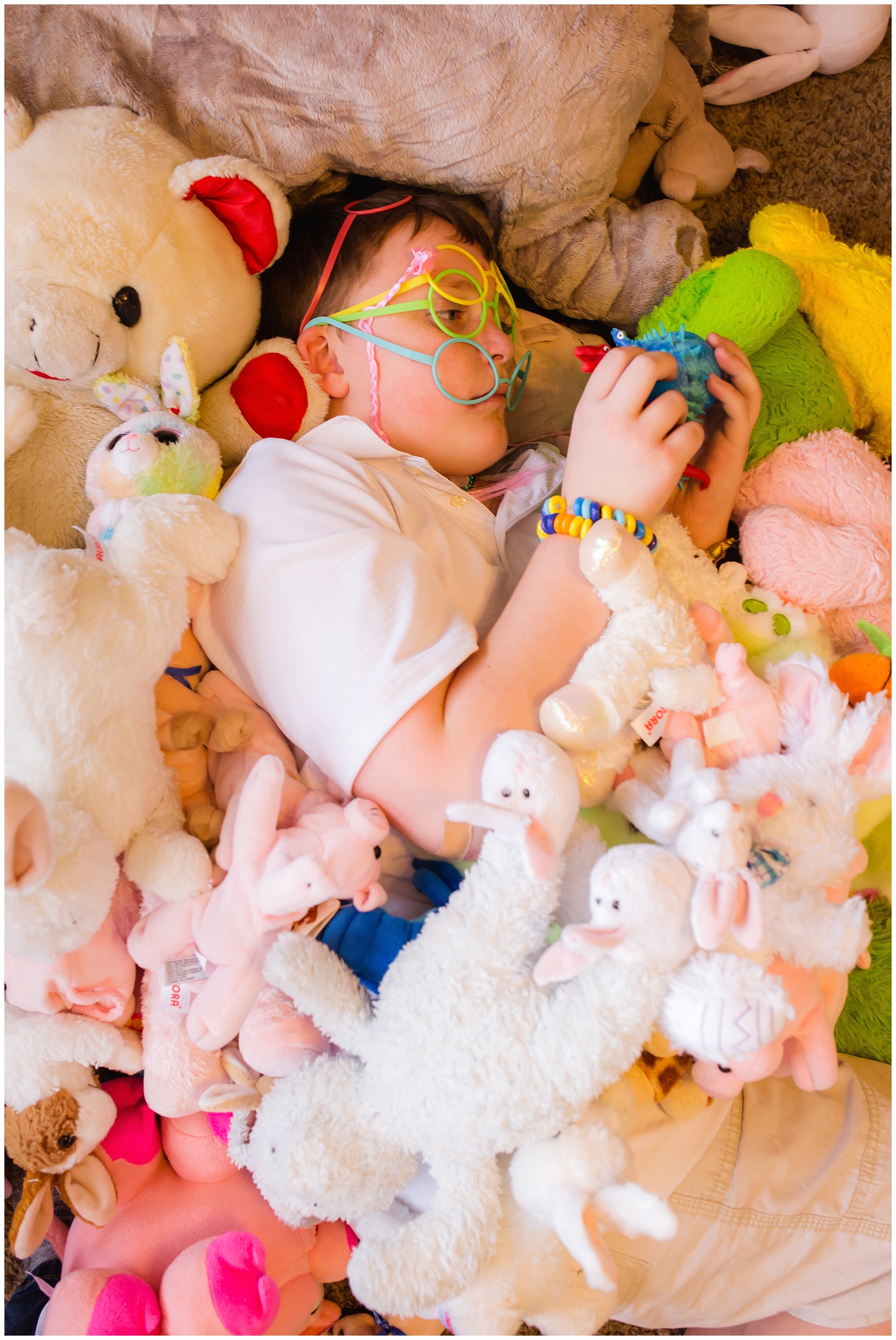 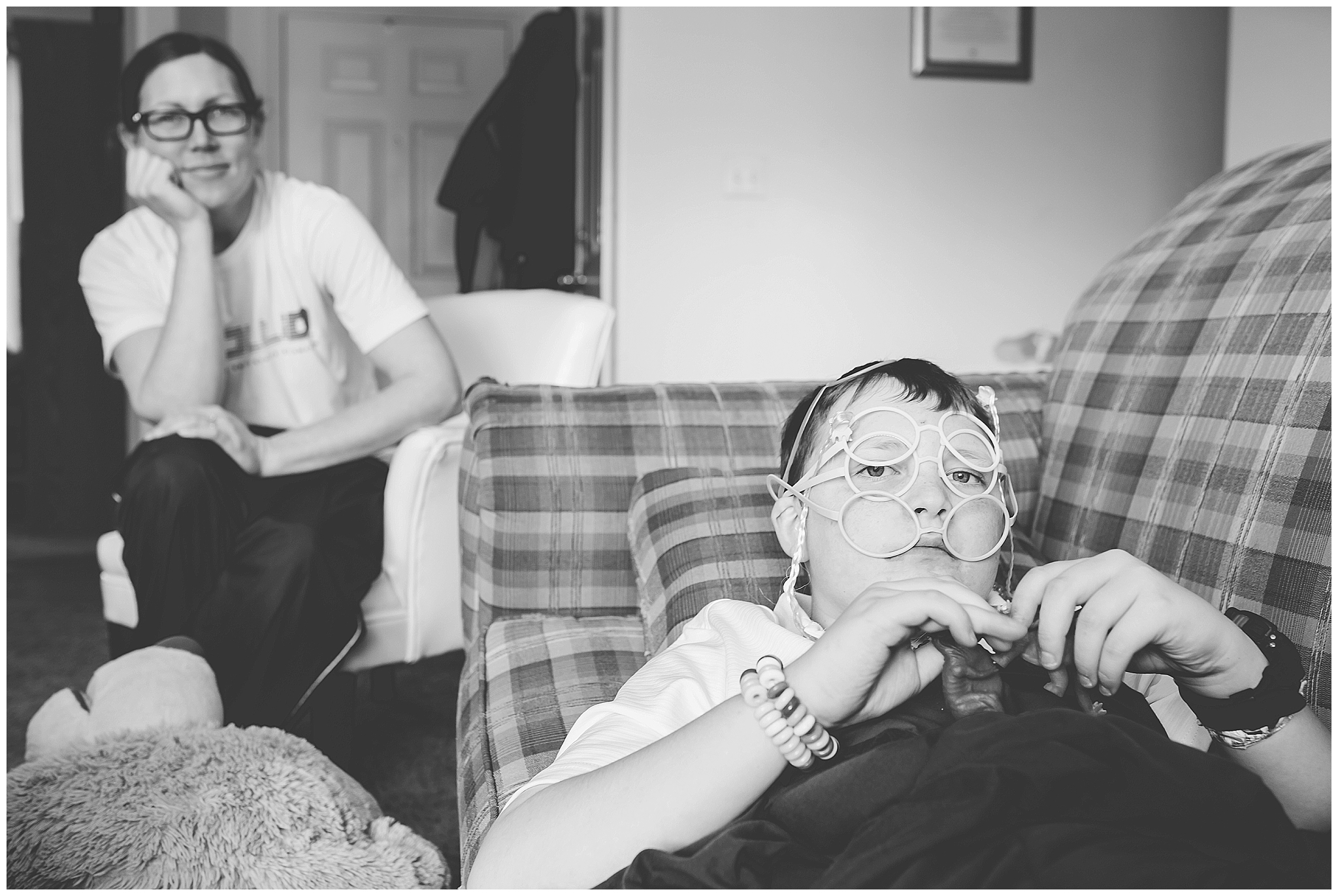 After lots of playing he took a break under his weighted blanket and played with his dinosaurs.  I had so much fun getting to know him and his brother and I hope you did too!  They have inspired me to ask more about my own kids passions and loves and I hope to capture that one day as well. 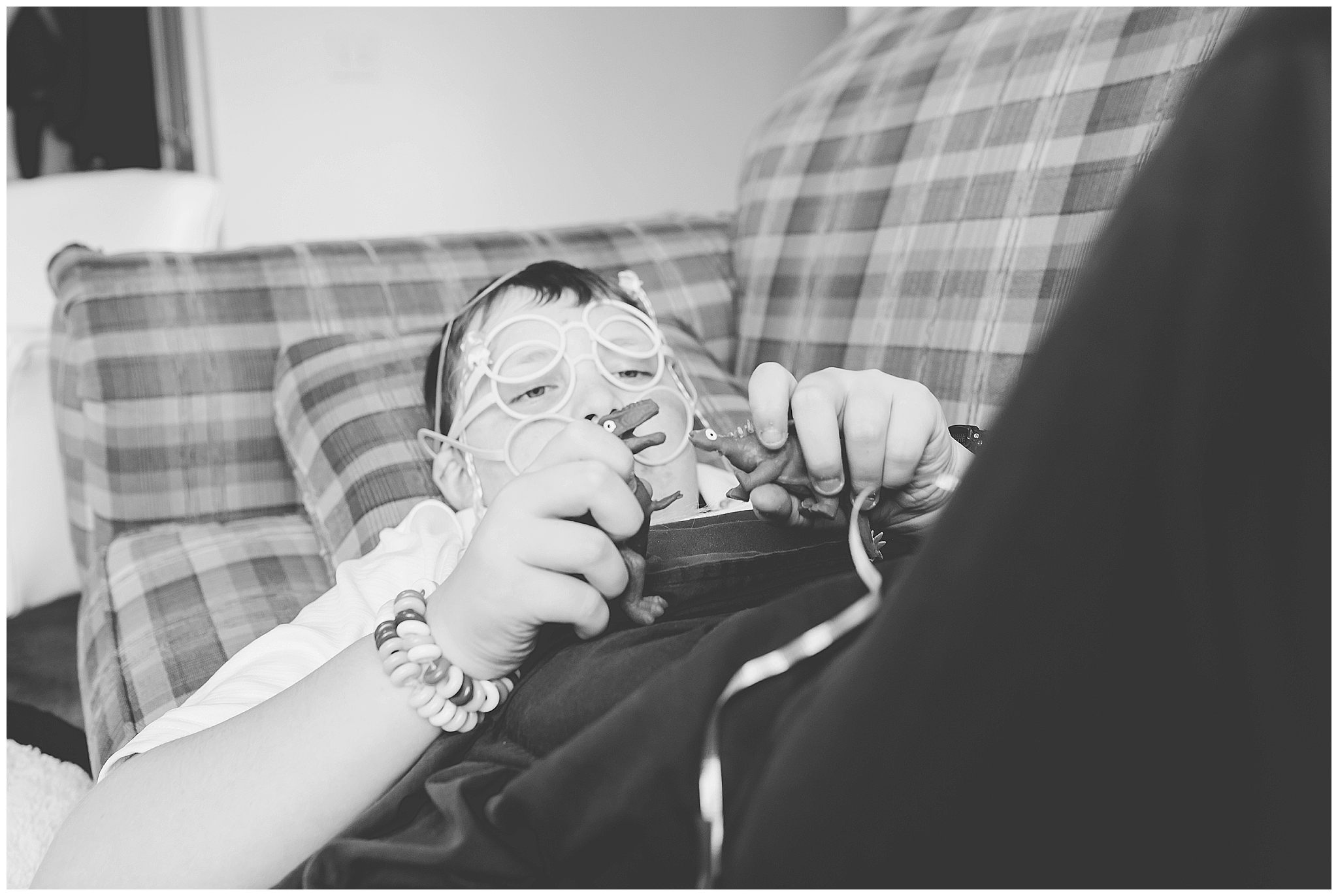